The children are at the heart of everything we do.

Children Returning —We are delighted to announce that all children can return to school on Monday 22nd June. We are looking forward to seeing all the children.

We are delighted to announce that all children can return to school on Monday 22nd June. We are looking forward to seeing all the children. 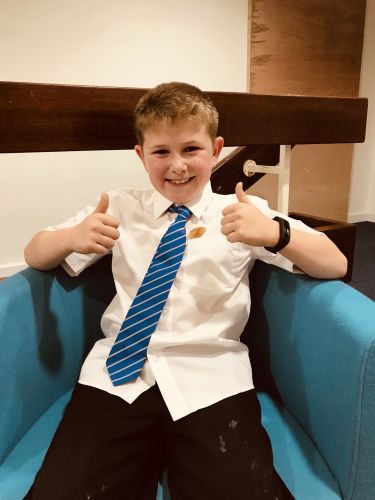 We received a lovely email about Brendan this week. He really went above and beyond in his behaviour and kind attitude.

'Harley entered the fell race on Saturday. Last year he won it, so imagine my panic when it looks like the race has finished and he doesn't come through. I ran to the marshall who confirmed there were still a few out there. I just know he's injured (we are talking about Harley after all)
He turned the corner of the last hill of the race (where I was) and he was crying in pain, being supported by the lady marshall and the boy that had stopped to help him. That boy clearly forfeited his place in the race to help Harley.
After the race I thanked the boy for helping Harley and told him it was a lovely thing to do and I apologised for him coming second to last. He replied, ' "I didnt come second to last, I came last, I waited until you carried him over the finish line and then I went through after because I didn't want Harley to come last"

I tell you what, you're winning in life when you have a son that selflessly helps another boy like that. I was almost in tears I was so touched by what he did. I don't know how I kept it together.

So, to the parents bringing up that boy thank you ! And please thank Brendan for being the most precious little soul. He's an absolute credit to you, you both should be so proud.

We are very proud of him at St Mary's school. A real example.

Harley has sent a card and a box of Haribos as a thank you. but I wanted to make you all aware of the kind, caring and extremely selfless act of Brendan.this weekend. As one of my friends commented, 'The world needs more Brendans'